Drinking the leftover water from another believers cup

Drinking the leftover water from another believers cup

Drinking the leftover water from another believers cup is a cure! 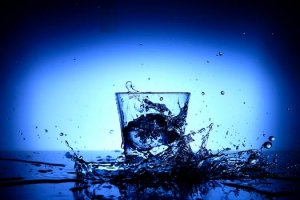 What is meant by a leftover?

The leftover is the remaining water in a the container from which a believer has drunk.  It usually refers to fluids and in general, understood to refer to water.

It was reported in our narrations thus: “The leftover (water) of a believer is a cure”

In a Prophetic tradition, the Prophetﷺ was reported to have said:

People today desist from the practice of drinking from the leftover water of a believer, either due to arrogance or fear of disease.  Yet drinking from a common vessel is a cure from every ailment; a prevention and form of vaccination.

In another narration, it is said: “Whoever drinks, hoping for the blessings, from the leftover water of his faithful brother, Allah will create an angel between them that shall continue to seek for their forgiveness till the Day of Judgement[ii]”

Meanwhile, the discussion on the healing nature of the leftover water of a believer is a crucial issue, which the Commander of Faithful; Ali Ibn Abi Talib, peace be upon him, in his 400 Hadiths described thus:

“The leftover of a believer is a cure”

And the statement is absolute, possibly indicating it being a cure that is general and for all forms of diseases, and not specific to any particular disease.

In a narration from the Holy Prophetﷺ, he said:

The fact that the term “seventy” was used, means that it encompasses all microbial and viral diseases, which are associated with fever. Using the leftover water of a believer is a natural vaccine because if a person drinks from such water, which was in contact with the lips of a believer, there is a small amount of live or dead bacteria in the water.

Exactly as it is with today’s medical immunisations, the small amount of bacteria that are introduced in to the body through such sharing of cups, and for the fact that it is not from a non-believer who may consume impure foods such as pork, intoxicant etc., the body will be able to create defence mechanisms against such the introduced bacteria to defend itself against them.  Over time, the body will grow strength and power to destroy every microbe.  It is the overly cautious take that we have taken in today’s world, that has made our world sterile, and our bodies shielded from any form of introductions to bacteria from different people and regions of the world, that has unfortunately given rise to the belief we need to vaccinate ourselves by using pharmaceutical products derived from animals and impure products.

The artificial vaccinations are specific for the prevention of a single disease, while this natural vaccination can be for the prevention of all forms of diseases. It is on this basis that the Holy Prophetﷺ said that the leftover water of a believer is a cure for seventy ailments; including all microbial diseases and all diseases associated with a fever.

Shaykh Saduq with a sound chain of narration, reported Imam Sadiq (AS) to have said: “There is a cure for seventy ailments in the leftover water of a believer[iv]”.

The Walk To Karbala

Imagine now the walk from Najaf to Karbala!  If you have ever walked it, you will remember the water that is being distributed to the walkers as they struggle through the 80km odd walk towards the final resting place of our Imam Al-Hussein, peace be upon him, and may the oppressors of him and his family be cursed.  Water is being distributed to the walkers in the same cup, over, and over, and over again.  Hundreds of believers from all around the world drink from the same cup every hour and throughout the day, yet here is no spread of disease resulting from that water (yes there are diseases which may spread from other causes, such as unclean restaurants).  This is the best place for us to practice this narration, so why do the organisers from the western countries to such events insist on walkers to bring their own cups, when we have narrations to say otherwise?  The walk towards Karbala is the best proof.

Do not be afraid to share a drink with your believing brothers in faith, or rather, be proud to do so.   Sharing cups in a gathering and majlis of the Holy Qur’an or Imam Hussein peace be upon him, is a blessing and not a risk.  When you walk to Karbala, drink the water from the cups that have been blessed with the lips of other walkers.

Sourced from:
Medicine of the Divinely Guided, V2 p122.
Miracles of Islamic Medicine, Ali Zada, p33.
Study of The Medicine of The Prophet al-Mustafaﷺ V2 p202.