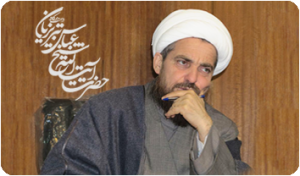 The following is an introduction by Sheikh Abbas Tabrizian at the Al- Albayet/Al-Mustafa University, in Qom, Islamic Republic or Iran, on the 20th of February, 2017.  This session was presented in Arabic, however, Sheikh Tabrizian teaches in both Arabic and Persian.  With over 35 years of research in to this field, and having successfully cured many remedies, some of which were not able to be treated with modern medicine, Sheikh Tabrizian is considered to be the Father of Islamic Medicine.

The section on this page will primarily focus on Sheikh Tabrizian’s teachings, and his book “A Study of The Medicine of The Prophet Al Mustafa” blessings be upon him and his Purified Household.  From time to time, we will also present information from his students.

Introduction: There are different types of well known medicines, such as Greek (as made popular by the infamous Avicenna), Indian, Chinese (acupuncture), German (homeopathy) and others, along with the modern western medicine which is derived from Avicenna’s medical work… but there is also a lesser known form of medicine –  Islamic Medicine.

Islamic Medicine is different to all others in that it is less known and soured from only the Divinely Guided Prophet and Imam, Peace Be Upon Them.  After the industrial revolution, Islamic Medicine was all but wiped out along with other important health principles.  Some may not even have known of this medicines existence.

The general form of Islamic Medicine is that all medicines work only by the will of God.  However, the specific form that will be discussed on this site, is that of the specific form of Islamic Medicine. The form that is only considered Islamic if it has been uttered by the Divinely Guided (usually referred to as infallibles), or derived from their sayings.

What our society now does, and has been trained to do, is that we go straight to doctors and pharmacists for medicines instead of referringto the simpler, more effective and less damaging Islamic Medicine.  The more we drive ourselves away from traditions and narrations, the more distant we become from the Ahlul Bayet, and Islamic Medicine is one of those traditions.

The narration states the Prophet, blessings be upon him and his Purified Household, saying to the doctor who was know as the best of the Arab doctors: “Would you like me to show you a sign that will let you know my needlessness of your medicine, and your need of mine?”

The Prophet: “What would you like to be shown?”

The Arab Doctor: “Call that “Athaq” to come,” Pointing at a tall palm tree.

So he called it, so the palm tree uprooted itself from the earth in which it was in and shook the earth as it came forward until it was between his hands.  Then he asked: “Is that enough for you?”.

The Arab Doctor replied: “No.”

The Arab Doctor replied: “Order it to go back from where it came from and settle back in its original place where it uprooted”.

So he ordered it, and it returned and settled where it was.  Such was the miracle of the Prophet, blessings be upon him and his Purified Household. 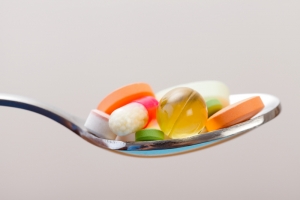 All medicines packaged by the pharmaceutical industry have side effects. Often, we need to take more medicines to overcome these adverse drug reactions.

Today, and for over 1300 years, medicine has not moved forward very much.  Everything in western medicine is a sedative or painkiller, and once initiated, it is given for life usually.  With adverse drug reactions you need other western medicine to help overcome side effects which in turn give you more adverse drug reactions needing more medicines – a vicious cycle.  This is not medicine!  This is not therapy.  but rather, it is a band aid solution to a larger problem.  One that generally makes the industry huge amounts of money.

Medicines today come from all sources, including plants, soil rocks, animal products, alcohol and even pig semen!  Majority of tablets, capsules, syrups, solutions, and injections contain some form of pig products (to make the gelatin, for example), alcohol, preservatives from animal sources etc.  So we unknowingly consume forbidden things as medicines and expect treatment when we have narrations that clearly states, from Imam Sadiq peace be upon him, that: God did not make a cure from anything that is haram!

So for us to have faith in God, and that he is wise and all knowledgeable, sending us Prophets and Imams who are divinely guided and say the truth only and without error, and that the Holy Quran is His holy book and the Purified Household are the walking talking Holy Quran …. What part of this makes us doubt Islamic Medicine?  What part of us doubts hadiths – when for example – we favour western medicine over a medicine prescribed to us by the the Imams?  If we doubt what they say with regards to medicine, then we have to doubt everything, from the guidance through to our allegiance.