In modern day society, the therapy for weak eyesight is either use of spectacles, contact lens, or even surgical procedures such as laser surgery to correct the eyesight.  If someone sees some things clearly but others blurry, it simply means that one’s eyesight has weakened.  Islamic narrations provide us with both preventative and corrective measures that can be taken to strengthen the eyesight.  Here is what Sheikh Tabrizian has collected on the matter:

This has been repeated in multiple narrations and with a strong line of narrators.  Please see this post also on other benefits and narrations with regards to washing the hands and ablution.

It has been narrated that Imam Ali peace be upon him, has said:

Washing both hands before and after eating is an increase in the lifespan, prevents the clothes from getting dirty and strengthens the eyes. (Al Kafi 6:290 H3)

Washing the hands therefore makes vision clearer and stronger, lifting the curtain that is covering ones vision.

Salvadora Persica’s is the best source to use when it comes to using what has been used for centuries as a tool for cleaning the teeth and mouth.  A dedicated article will, Insha-Allahﷻ, be soon be published on this very topic, including the European “discovery” of the benefits and convenience of this method of brushing teeth, and how to prepare the stick for use.   The use miswaak has been mentioned in narrations repeatedly with the multiple benefits it has, but strengthening of the eyes has been especially and regularly mentioned.

Narrations suggest that Imam Sadiq, peace be upon him, says:

The Prophetﷺ has also been quoted as saying:

Oh Ali – Using the miswak is of the tradition, and it is a cleanser of the mouth, …. and strengthens eyesight. (Al Khisal p481, H54)

Normally people who have weak eyesight have the problem of constant watering of eyes and using miswaak would control the watering of eyes. According to narrations from Imam Sadiq peace be upon him, the reason for weakness, is excess ‘phlegm’ (more on that later!).  It is ‘phlegm’ which stops the blood from reaching the eyes. If enough blood does not reach eyes, the eyes become weak. It is due to this that narrations suggest that miswaak should be used.

Henna is what is traditionally used to decorate the skin and dye the hair with.  It is a natural product sourced from the plant Lawsonia Inermis. The Holy Prophetﷺ has been narrated to have said:

Dye your hair with henna, for it strengthens the eyesight, cultivates the hair, scents the body, and pacifies the wife. (Al Kafi 6:483 H4)

Strengthening the eyesight is listed as the first benefit of the use of Henna.  Pacifying the wife refers to making them calm and happy.  In another narration, the Prophetﷺ states:

Although this particular narration does not specifically mention to dye the hair with henna, that is, it may be possible that one can dye the hair with other forms available to obtain these benefits, it should also be argued that it refers to the method of dyeing of the time this was said (in which case it would be henna).

The (head) hair should either be cut short, or tied up behind the neck.

Imam Musa Kazim peace be upon him, says:

In other words, long hair can have two effects – weakness of the eyesight and reduction in the light of vision.

It has been narrated from the Holy Prophetﷺ that we should:

Eat quince and gift it amongst yourselves, because it increases the vision and enforces friendliness in the hearts….(Makarim Al Akhlaq p171, Mustadrak AL Wasail 16:401 H20,325)

8. Looking at a beautiful face

Keep it halal though!

Imam Musa Kazim peace be upon him, says that:

In some other traditions, these three things have been stated to subside depression and anxiety.

9. Reciting the Holy Qur’an by reading from the text

Imam Sadiq peace be upon him, says:

Whomever recites the Holy Qur’an by looking at its pages, entertains the vision, lightens the load on the parents (in the hereafter) even though they may be disbelievers. (Al Kafi 2:613)

One can deduce from the “entertaining of the vision” here is the protection of the eyes against weakness.

Narrations from the Prophetﷺ from Jibrael, peace be upon him, states with regards to this kind of dates that:

It has in it nine features: Enhances the flavour, enhances the stomach, digests the food, and increases the hearing and sight. (Al Khisal p416 H8)

In contrast to modern day propaganda about the ill-effects of consuming meat, it is very much advised in Islamic Medicine.  It has been narrated that

The eating of meat increases hearing and sight. (Al Bihar 59:273)

More on which meats we should consume from an Islamic perspective later, Insha-Allahﷻ.

Overall, the wearing of slippers (please note these are not what are commonly known as flip flops! More on that later, Insha-Allah) is good for the eyes, it has also been narrated through Imam Baqir peace be upon him:

The wearing of slippers increases the strength of the eyes. (Makarim Al Akhlaq 121,127)

And yellow slippers have been emphasised over black ones, such as the narration in Al Kaf where Henan Bin Sudeer relates that one day he went to meet Imam Sadiq, peace be upon him, wearing black slippers, the Imam asked:

This narration is specifically included due to the affliction we have of this issue in the modern day.  What is translated as slippers includes what is commonly worn today as shoes.

On the issue of salt, Insha-Allahﷻ another post will specifically concentrate on which salts this is referring to. 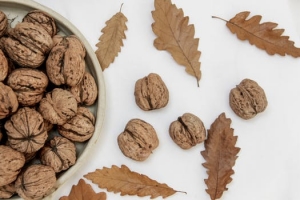 Imam Sadiq peace be upon him, is narrated to have said:

Four things increase vision and has benefits with no adverse effects: Thyme with salt, aniseed and walnut when combined. (Makarim Al Akhlaq p199)

Another item mention is looking at the well of Zam Zam, however, the practicality of this has unfortunately dwindled to zero given the poor management and administration of the holy sites in Mecca by an oppressive regime.

In the next post, we’ll look at the treatment options given for weak eye sights in the eyes of Islamic Medicine.