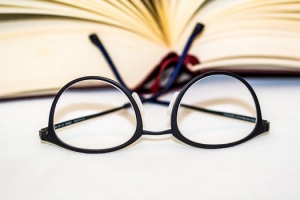 In the last post, prevention of weak eyesight was discussed.  Therapy on the other hand, consists of the long forgotten use of “kuhl” for medicinal purposes that played a major role at he time of the Prophetﷺ and Imams Peace Be Upon Them.  Benefits of the use of Kuhl includes

Nonetheless, the use of kuhl has now been cornered in modern day society to beautification of women’s eye and the use of manufactured, expensive eyeliners parading as kuhl that provide no benefit whatsoever, but rather, causes damage to the eye, where as the therapeutic kuhl can be used by both men and women, is inexpensive, and is not intended to be for beautification.  Imam Redha peace be upon him is narrated to have said:

From what is gathered from narrations, the Prophetﷺ used kuhl at night before sleep, four times in the right eye and thrice in the left (alternating) (Al Kafi 6:494 H3), and it is also said that it  must only be used in an odd fashion – that is, 4 (right eye)+3 (left eye)=7 times, or any other odd number of times in combination of both eyes, and the start and end must be with the right eye.  According to Sheikh Tabrizian’s understanding of the narrations, the timing of the use of the kuhl indicates that the intention of its use is not primarily that of beautification, but therapy. [su_pullquote align=”right”]

These three have entered the narrations numerous times for use as kuhl and especially as therapy for weak vision.  Camphor comes from a plant, not the chemically manufactured ones commonly found.  They should be mixed in equal parts in weight and applied as kuhl (Al Kafi 8:383 H581).

The application is that of a dry product applied as kuhl, and not as drops to the eyes which is what is commonly used in modern medicine.  The benefits of the dry application is that it remains in the eye for a prolonged period of time rather washed out of the eye.

A narration of Imam Sadiq peace be upon him, states the following after being asked about the use of kuhl while being muhrim in the pilgrimage (Hajj), the response:

Some narrations point to the use of these as applications to they for therapy. (See Al Faqih 2:347 H2647).

“If people only knew what is in yellow myrobalan they would have bought it gold in its weight.”  and
“Take the yellow myrobalan and seven seeds of pepper, crush them and apply as kuhlt to the eye.”
Imam Hussein peace be upon himز
(The Imams Medicine 86)

According to Sheikh Tabrizian, he believes this is therapy to treat difficult cases and needs further investigation.

This includes the manufacture of the product as can be concluded from some narrations such as when the brother of Imam Kadhim peace be upon him, asks him if it is appropriate to use kuhl in which the product is prepared kneaded with wine, and the Imam simply replies – “No”.  (Massa’il Ali Bin Jaafer p151 H201).

It is unfortunate however, than in today’s ophthalmic medicines much of what is produced is manufactured with intoxicating materials and the applications of such material has been strongly condemned in narrations.  Even in traditional medicine this is used often, but in Islamic Medicine, this is definitely not to be permitted.

It is understood from narrations that the applicator used may be made of iron or bone.

Antimony is the rocks that the black kuhl is manufactured from.  It is inexpensive and is not the expensive, synthetically made material bought in cosmetic stores.  Commonly used as a beauty product, narrations have emphasised its medical importance in some eye diseases and weakness of the eyesight.

The term “kuhl” and the kuhl made of antimony is so strongly associated with each other, it is not inexcusable to assume that mention of kuhl is indicating the application of kuhl with antimony.  So if when some one says kuhl was applied, they intend to mean antimony was applied.  We know from narrations that the Prophetﷺ would apply khul with antimony at night before sleep and order his followers to do the same, saying

“The best of your kuhl is antimony, it strengthens eyesight and cultivates hair.”
(Awali Al Laa’ly 1:168 H181)

The benefits of the use of kuhl application with antimony as found in narrations are listed below: