In The Name Of The Al-Mighty

There is no doubt that there is no way for mankind to reach the cure for all diseases bar with experimentation.  Sheikh Mufeed said:

“Medicine is correct, and its science is proven, and its path is revelation, and as for scientists taking it from the prophets, peace be upon them, there is no path to the recognition of the disease in its reality except through hearing, and no path to knowing medicine except through confinement, so it is proven that that path is certainly one of listening to the All Knower of the hidden.” Tashih Al Itiqadaat P144.

Yes, there is no rejecting the ability of mankind to add or remove elements of some compound medicines after taking its origins from the prophets and Divine Sciences, except that the modern-day medicine is incapable of treating many of the illnesses we have today, in addition to being the very cause of new modern illnesses, as has been acknowledged by the experts in this field.  We also see that some people, and especially in the west, are trying to go back to the natural ways of life, replacing common day chemically manufactured foods with the old forms of natural alternatives despite reaching the pinnacle of modern technologies with their relentless efforts for progress.  And if this effort was in the correct direction, why are these people trying to back to the natural ways of life, avoiding meddling with nature and to natural forms of healing as opposed to chemical healing?

The answer is clear, in that after experiencing the adverse effects and compounding misfortunes resulting from chemical therapies, as well as being no more than instant sedatives, they find themselves going back to trying to discover new means of therapy, whereas In the days of old, people were treated within their simple means and lived the most pleasant and enjoyable of lives, with strong health without meddling with nature, and everything they had was only natural, from clothing, to food, to sleeping, and all other aspects of living.

For us to enjoy the pleasantries of life without ever increasing and branching diseases, we must change the current day lifestyle.  We agree that change does not come easy, such a change in lifestyle cannot easily be broken, but neither is it so difficult to achieve.  We must start with a change that is achievable and yet has a significant effect upon our health, such as our use of salt, oils, bread, and sugar as examples. 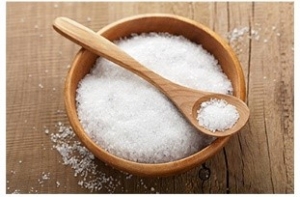 Salt is an important part of the human body and is an essential constituent in making of blood and other bodily fluids.  Salt concentrations are maintained in body fluids and inside cells at constant levels through daily excretions in urine, stools and sweat and it is therefore important to be topped up daily through proportionate salt intake in foods.  A lack of salt in the body has significant adverse effects just as too much of it does.   Too much salt increases blood pressure, causes enduring headaches, hardens blood vessels, overburdens the kidneys, vomiting, and diarrhoea, while lack of salt causes the feeling of weakness and malaise, dizziness, headaches, stiff muscles, increased concentrations of urea, increased efforts required upon muscles to work and dryness amongst other symptoms and illnesses.  On this basis, salt is an important part of one’s life that must be given full importance.

What is meant by salt is the natural salt found and produced in nature without human interference and addition of chemicals such as iodine and the like.  Salt from the sea and land, what may be called thick salt or sea salt, are the salts that are mentioned in the blessed narrations as being a cure for seventy illnesses, the most basic of which are leprosy, loss of mental health, sore throat and teeth, stomach pain, balances thyroid activity, and many other diseases.  Other than this form of salt, chronic and uncomfortable diseases are instead drawn to the human body.  This attribute to natural salt is in addition to protective and purifying characteristics – so as much as it is a cure, it is also a protective agent.  Traditions concerning salt have been narrated and passed down to us, and the jurists have emphasised the initiating and finishing of meals with it, and this form of salt is abundant and inexpensive and is easy for us to use daily.

Bread produced from wheat is considered a staple food for many people, with which people are given strength and ability and so has been an emphasised due respect glory in traditions.  The Divinely Guided, peace be upon them, have advised us in traditions that wheat will not turn to bread except with its cover (wheat bran), otherwise, the bread becomes harmful.  Therefore, bread is beneficial if its wholemeal, otherwise, it loses that benefit, and the best bread is from barley.  Also in traditions is the rice bread being of significant benefit to illnesses that enter the gastrointestinal tract, giving resistance to the stomach, and completely removing the illness, and that nothing stays in the stomach from morning till night except rice bread. 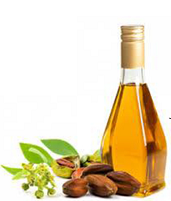 Like other creations, mankind needs a variety of substances to nurture the body and among these essential substances are oils, necessary for the energy of the body, and if it is balanced in the body, protects the heart, bones, skin, and psychological well being, and so again requires special attention as to quantities consumed and even more importantly, to the types of oils used in foods.  The best of these oils is olive oil, for it is a blessed oil, full of benefits and close to no ill effects.  Tallow also has no ill effects, but rather all of it is a remedy and cure, the Divinely Guided, peace be upon them, have said that tallow will not go through a part of the body lest it be a healing and evicts illness from the body in the same quantity that is consumed of it.

As much as it is considered an important food it is also considered an effective cure for many illnesses.  This is despite the serious concerns doctors and the public have over sugars, and they have every right to be concerned as the “sugar” used in modern day processed foods is not sugar or they use artificial sugars not the natural form.  It follows that these sugars are the causes of many diseases including blood pressure and obesity.  Yet if they go back to the natural sugar used by our forefathers, they would not have found any ill effects, but rather, they would have found truth in the words of the Divinely Guided, peace be upon them, beneficial to everything and harmful to nothing, that it is blessed and a cure for seventy illnesses, that it consumes phlegm temperament, treats fever, and the plague.  That sugar is the brown sugar derived from sugar cane.